I created this gorgeous blend to give everything the hair needs. Nourish hair and make it stronger, healthier and defined. Based on 5 Top Ayurvedic Herbs:

Place the quantity of powder you’ll need for your hair length in a bowl.

How much powder should I use?

Slowly add warm distilled water to your powder and mix well. Once your consistency meets that of yogurt the mix is ready.

Apply onto your hair clean and humid by sections and thoroughly massage into your hair to reach your scalp. Allow this mask to be in your hair at least 1 hr up to 2 hours.

Rinse and wash your hair thoroughly. These products are natural herbs so they can take a long time to rinse, keep that in mind.

Dry and style as usual.

This mask can be used every 2-3 weeks. This will not color your hair.

Other liquids that you can use for this mask are:

You can add a couple of spoons of AYURVEDIC HERBAL HAIR MASK to any mask of your hair care routine also good if you like to infuse some oils for your scalp, the massage with oils promote growth. 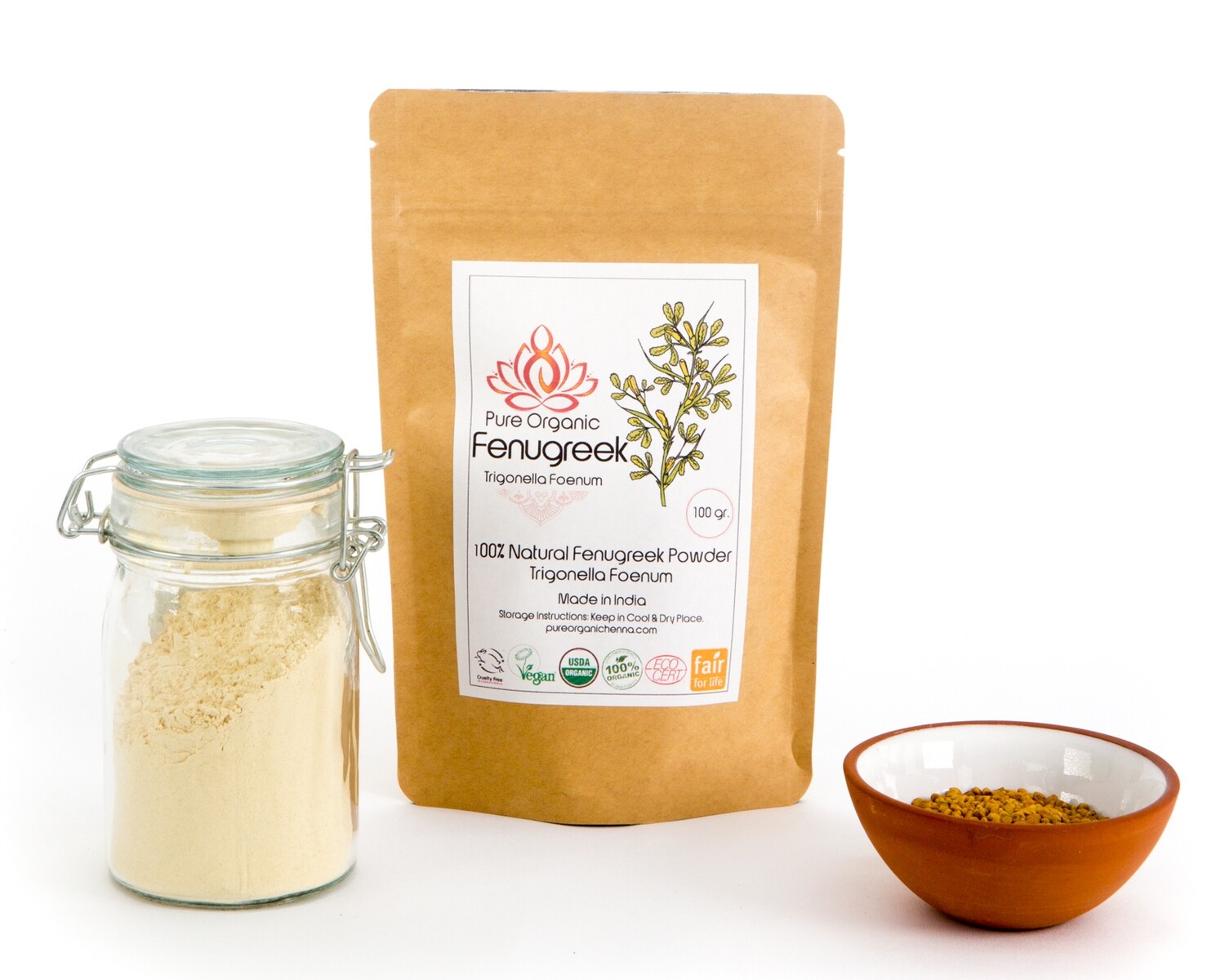 INTRODUCTION: Fenugreek seed has been used medicinally and for culinary purposes for millennia. It is most often utilized in Indian, Egyptian, and Middle Eastern cuisine, but is used commercially as a flavoring agent in much of the world. Its delicate maple-like flavor makes it perfect for baked goods and confectionaries and also for creating imitation maple syrups. Medicinally, it has been utilized in traditional herbalism to support digestion, support lactation in nursing mothers, and as a soothing topical application.